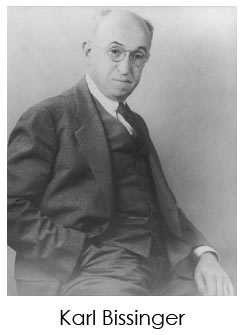 At Bissinger's, we take our profound love of chocolate very seriously. Our rich history of confection craftsmanship has endured for over 350 years, and the Bissinger family's singular passion and privilege to hand craft the finest chocolate in the world still remains. Once confectioner to the King of France and European nobility, the Bissinger's name has been one of the longest standing names in the confectionery industry. To this day, we remain a family owned business with a true appreciation and love for chocolate.

Our confections were originally created and enjoyed by European nobility and today, we still use the same timeless recipes, crafted in new and inventive ways for all who appreciate a truly luxurious chocolate experience.

Our goal has never been to be the biggest chocolatier in the world, only the finest.

We proudly wear the Bissinger family crest as a constant reminder that we are the guardians of a distinctive legacy of European chocolate excellence. 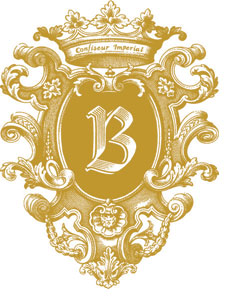 The Bissinger family began its storied tradition of crafting confections in 17th century France, where our legendary chocolate was enjoyed by European nobility and heads of state. According to accounts passed down from generation to generation, Bissinger's confections were a delicacy among notable names such as Napoleon Bonaparte and the Rothschilds, and the family was even granted the title of Confiseur Imperial (Confectioner of the Empire) by King Louis XIV.

To this day, many of our confections are made using original recipes from the Bissinger Family Cookbook, dated 1899. We pride ourselves on the ability to blend our rich tradition with a spirit of innovation, and we never sacrifice quality ingredients, taste or craftsmanship to produce more confections at a lower cost. Even in an age of high-tech production and immediacy, Bissinger's remains committed to the high standards, heritage and traditions that have made us who we are today. Our confections have been praised by European nobility, famous celebrities, Oprah, The New York Times, The Food Network, Unwrapped, previous residents of 1600 Pennsylvania Avenue and loyal patrons for generations. Our Gummy Pandas have been sold in over 8,000 Starbucks locations nationwide, our chocolates in Whole Foods and specialty stores nationwide.


The following video offers a behind-the-scenes look at the art and craft we use to make fine chocolate.